Food additive E621 is known as monosodium glutamate and represents the sodium salt, which can be found in nature in non-essential amino acids of glutamic acid. The chemical formula is C5H8NNaO4. In the food industry this supplement is used as taste amplifier. Pure E621 looks like a solid white crystalline powder, which when contacting with water decomposes to sodium cations and anions of glutamate. First MSG was found and described by the German chemist Carl Ritthausen in 1866.

The start of commercial use of MSG takes in East Asia, and to be precise, in Japan, where algae extract, rich in glutamic acid, was used to amplify the flavors of products for centuries. In 1907 the additive was first obtained in its pure form by means of fermentation of the carbohydrates, and its production was patented by a major Japanese corporation.  Since that time, it began to spread in the global food industry with enormous speed. In 1947 this supplement officially started to be used in the USA as a flavor enhancer and soon confirmed in the role of food additive in Europe too.

Since the start of industrial production up to the 60-ies of the XX century the additive was made of wheat gluten. Now in industrial production MSG is produced chiefly by means of bacterial fermentation. The feedstock is sugar cane, starch, sugar beet, and molasses. The process of fermentation begins because of the participation of yeast bacteria, such as: Microbacterium, Brevibacterium, Arthrobacter and Corynebacterium. Per year more than half a million tons of this food supplement is sold and used.

Glutamate can be found in living cells of many organisms, mainly as a part of the protein, but only in its free form it has the quality of enhancing the taste. Natural products, which contain the sodium glutamate in its free form, are: yeast and soy extracts, soy sauce, legumes, some types of algae.

During the numerous disputes and investigations it was established that in small quantities monosodium glutamate can be regarded as a safe supplement. But when systematically used in large quantities it can provoke some side effects, among them are headaches, sweating, reddening of the face and neck, increased heartbeat, chest pain, general weakness etc. The manifestation of such signs as a result of the using of a large number of glutamates is called «Chinese restaurant syndrome». The reason for it is that in Eastern kitchen this additive is used in many products in large quantities.

Also in Japan the investigation on laboratory rats was conducted, during which scientists proved that MSG leads to vision impairment by accumulating in the vitreous body and thinning the retina of an eye. Those results were published in scientific journals in 2002. Rats received a very large dose of the matter (10%, 20% of the daily intake) for a long period. In small doses glutamate didn’t lead to a deterioration of visual perception. However, after some time there were rumors that MSG is accumulated in the lens of an eye that can lead to early diseases of the organs of vision. Believe them or not is a personal decision. Though there is no scientific evidence of it, but there is no need in going mad on the use of the additive.

In the food industry it is used in the seasonings in bouillon cubes, seasonings, sauces, canned and frozen half-finished products, potato chips, crackers, and other products.

Products with the additive «E621» 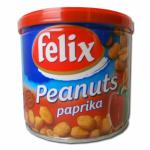 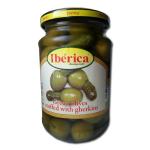 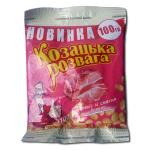 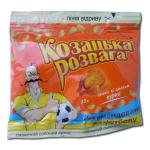