Carmine (E120 food additive) is a coloring substance of reddish-purple color. The exact color of the E120 colorant depends on the acidity of the medium: in an acidic condition with pH = 3, carmine will be colored orange; in a neutral condition with pH = 5.5 in red, and with pH = 7 E120 will be purple.

Carminic acid, from which the E120 additive is produced, is obtained in a very interesting and original way - from insects. More precisely, from the bodies of some female insects living on plant surfaces in Peru, America and the Canary Islands. For example, Dactylopius coccus, or in other words, Cochineal,  is widely used for the production of carmine. They’re insects about a half-centimeter long, living in South and Central America, parasitizing some kinds of cactuses.

Carminic acid is a pigment of the body of the female cochineal or its eggs. For the production of E120 colorant, the females are collected before they lay their eggs, which is when their color turns red. Insect shells are cleaned from the inside, dried, and treated with a solution of ammonia or sodium carbonate.

The E120 additive is more expensive than others because to make one kilogram of carmine, you need a huge number of insects, and the process itself is very labor-intensive.

The Indians of Latin America traditionally used carmine for dyeing fabrics, and in Armenia, besides coloring fabrics and yarns, carmine has been used for writing miniatures on parchment since ancient times. But mass production of E120 additives started only in the 1990s when enterprising businessmen came up with the idea to use carmine as a coloring for the food industry.

Of all the colorants in its group, E120 is the most stable colorant. Carmine is almost not sensitive to light, heat processing and oxidation.

Carmine is considered to be a harmless additive and is allowed to be used on the territory of the Russian Federation, as no side effects have been detected in concentrations used in the food industry. But there is a small percentage of people in the world who are allergic to the E120 additive and similar ingredients. Carmine contained in the product can cause anaphylactic shock to these people. Also, in rare cases, the E120 additive can cause allergic reactions with contact with the skin.

Although the E120 additive is of natural origin, there is no scientific evidence of any benefit of carmine at the moment.

The E120 additive is mainly used in fish and meat processing, dairy and confectionery industries, for alcoholic and soft beverages. The E120 food coloring is also used in the manufacturing of sausages, sauces, ketchup, glaze, juices and jelly.

Other uses of carmine in:

The E120 additive is allowed for use in the food industry of European countries, as well as Ukraine and Russia.

Products with the additive «E120» 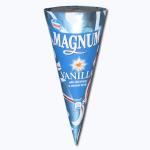 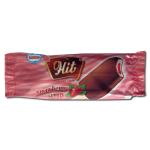 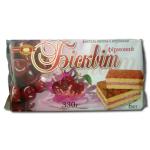 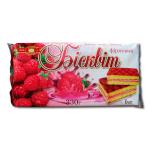