Tartrazine (E102 food additive) is a food coloring of synthetic origin. It is not found in nature in its pure form. The E102 colorant is extracted from coal tar, a manufacturing waste product.  By its physical form, tartrazine is a water-soluble powder of yellow color with a golden tint. Under the influence of sunlight, the E102 additive can disintegrate into simpler compounds. The chemical formula of tartrazine: C16H9N4Na3O9S2.

There are still many disputes about the harm of the E102 additive. For example, tartrazine was recently banned for use in many European countries, but under pressure from the European Union, the ban on the use of the E102 food coloring and some other food additives were removed by EU Directive 94/36/EC.

In 1986, a study of tartrazine was conducted in America, which showed that a small group of people (1 in 10 thousand) because of the use of the E102 additive may have allergic reactions in the form of skin rash.

Recent studies conducted by the University of Southampton on behalf of the UK Government Food Standards Agency (FSA) have shown that the use of products containing tartrazine leads to increased hyperactivity and reduced concentration in children.

There is unverified information on the Internet that the supplement E102 can lead to a variety of negative consequences from headaches to cancer. This information is significantly exaggerated.

In most countries, the use of the E102 additive in the foodstuffs is strictly regulated and usually amounts to 100-150 mg of the colorant per kilogram of the finished product.

Due to its synthetic origin, the E102 additive is not characteristic of living organisms. There is no scientific evidence of any benefit of tartrazine at the moment.

The most common  E102 additive (tartrazine) is found in confectionery products and drinks of yellow colors of all tints: candies, cakes, carbonated drinks. Also, E102 colorant is often found in canned fruits and vegetables, mustard, soups and yogurts.

The E102 additive is allowed for use in the food industry in Russia, Ukraine and other European countries.

Products with the additive «E102» 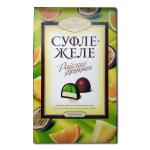 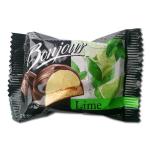 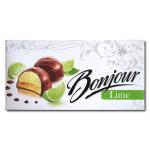 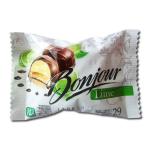