The food additive E211 has a suppressive effect on activity level of enzymes in microbial cells, which are responsible for lipolysis, amylolysis and a course of redox reactions. Besides, sodium benzoate is able to produce strong suppressive effect on rain crops, mycelial and aflatoxin fungus as well. Owing to its properties, the additive E211 is used as a preservative in the food industry.

Coming into reaction with ascorbic acid (vitamin C, the additive E300), sodium benzoate can form benzol, which is a potent carcinogen. According to the data from the research of Peter Piper, British scientist and the professor of Sheffield University, such compound can cause a suppressive DNA damage in mitochondria. Consequently, a range of serious diseases can be provoked, such as neurodegenerative diseases, cirrhosis, Parkinson’s Disease etc. The issue of the effect of the additive E211 on the hyperactivity of children is seriously discussed. In 2007, Food Standards Agency of Great Britain carried out the research in this field. Nowadays a number of foreign food companies is seeking for the alternative substitution of the additive E211.

Moreover, the additive E211 can cause the aggravation of diseases and allergic reaction in humans, who have supersensitive skin and suffer from urticarial or asthma.

As has been already mentioned, sodium benzoate is registered as the food additive E211 in Europe and in the world and is widely used in food industry as a preservative and color enhancer for meat and fish products, sweet carbonated beverages, ketchups, margarines, fruit goods, soy sauces, mayonnaise and dainties, containing mayonnaise, preserves and others.

The food additive E211 is allowed for use in Russia, Ukraine and many other countries, but during last years the usage of the preservative E211 is lowered because of its insecurity for human health.

Products with the additive «E211» 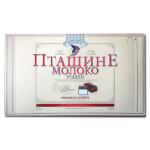 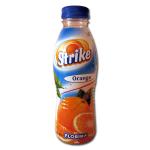 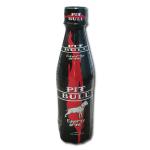