Sunset Yellow FCF  (E110 food additive), also called Orange Yellow S, belongs to the group of water-soluble colorants. The chemical formula of the E110 additive: C16H10Na2O7S2N2. The synthetic E110 colorant is especially effective for coloring products that are subject to fermentation during the thermal process.

Sunset Yellow FCF (E110 food additive) is a sulfated version of dangerous Sudan I colorant, which is a carcinogen. Because of this, Sudan I colorant may be present in the E110 colorant as an impurity. Additionally, the E110 colorant itself may lead to allergic reactions, especially in people with aspirin intolerance. Other side effects of E110 may include nausea, hives (rash), nasal congestion, rhinitis (runny nose), kidney swelling and chromosomal damage. The E110 food additive is often a cause of indigestion, vomiting, stomach pain and food rejection.

Do not allow the use of E110 in children's diets, to avoid hyperactive behavior and loss of concentration in children. This pattern has been scientifically proven in recent studies by the UK Food Standards Agency (FSA).

Due to its synthetic origin, the E110 additive is not characteristic of living organisms. There is no scientific evidence of any benefits of the Sunset Yellow FCF colorant at the moment.

Sunset Yellow FCF, as the E110 food additive, is banned in many countries around the world, such as Finland, Norway and the USA.

At the initiative of the European Union, the replacement of E110 is being actively sought. In 2008, a law was passed in Europe, which required all products containing E110 and many other colorants to contain warnings of possible effects on children’s hyperactivity. In 2009 in Europe, the maximum daily limit of food additive E110 per kg of the body weight was reduced.

In Russia and Ukraine, unfortunately,  the E110 additive is permitted for use in the food industry.

Products with the additive «E110» 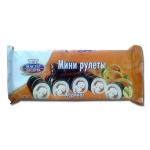 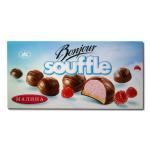