Curcumin (E100 food additive) is a bright yellow natural food color additive obtained from the plant of Curcuma longa. By its chemical nature, curcumins are polyphenols, which dissolve easily in alcohol and ether but are insoluble in water. In alkaline solution, the E100 additive gets a brown-red color, while in mineral acids the  E100 colorant does not change its color.

The chemical formula of Curcumin (E100 colorant): C21H20O6. The structure of curcumin was first defined in 1910.

Nowadays, curcumins are produced by extracting powder from the root of the Curcuma with petroleum ether and after alcohol. The concentration of the resulting alcohol extract can be adjusted to the required amount of colorants.

Two types of the E100 food additive are used in the food industry:

Curcumin has some therapeutic properties:

The therapeutic properties of Curcuma were known as early as the second millennium BC. It was used in ancient India for the treatment of a wide range of diseases.

The anticancer properties of Curcumin are manifested through their ability to cause natural cancer death without a negative impact on healthy cells.

In 2004, studies were conducted that proved that Curcumin prevents the accumulation of beta amyloids in the brains of people with Alzheimer's disease and destroys platelets caused by this disease. Other studies have shown that Curcumin (E100 food additive) can restore the functional state of heart cells. These therapeutic properties of curcumin are based on the ability of molecules to penetrate the membranes of cells of various organs, making them resistant to infection.

At the same time, we should not forget that even substances useful to the body, in large quantities, can lead to the opposite effect. There is an assumption that the medical use of drugs containing Curcumin during pregnancy can lead to miscarriage, although there is little evidence of such cases.

Besides, the harm of the E100 food additive is caused by the way it is produced, as a result of technological costs, the composition may contain acetone, carbon dioxide and methanol, which may have toxic effects.

According to studies, the body removes most of the Curcumin. A small fraction of the food coloring enters the liver, where it is processed.

At present, research on the impact of Curcumin on the human body is continuing.

Due to the peculiarity of the E100 to color yellow both vegetable and animal fibers, Curcumin was widely used in the food industry as a natural colour, similar to artificial azo dyes.

Curcumin in the form of  the E100 food additive is used as a colorant in the production of:

Meat and fish dishes for catering establishments (pates, hot dogs, sausages, boiled meat and salami). Having a bitter burning taste and slightly camphor-scented smell, the E100 color is widely used in the confectionery industry, in liqueurs, wine and other alcoholic beverage production.

Curcumin is also used in the meat industry because of its pronounced taste, to improve and enhance the taste of meat and meat products.

In some countries, curcumin is used in traditional medicine. In India, it is used as a cure for coughing, rheumatism, loss of appetite, as well as for the treatment of sprains, and in China, it is used to relieve various abdominal pains.

The  E100 food additive is approved for use in the food industry of most countries, including the European Union, Russia and Ukraine. It is included in Codex Alimentarius, a voluntary reference standard for food production adopted by the FAO/WHO International Commission.

Products with the additive «E100» 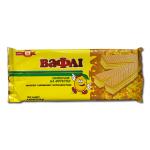 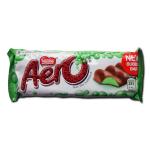 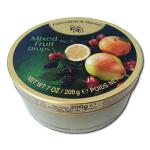 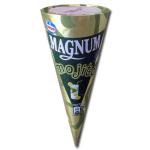