Sodium citrate (lat. Natrii citras) is a sodium salt of citric acid, which is used as the additive E331 in the food industry in the quality of emulsifier or stabilizer.

The chemical formula of the additive is Na3C6H5O7. For today, two-aqueous sodium citrate is the most popular one; it has the strong concentration of the ground substance and can be easily stored for a long time.

As for the external appearance, this additive is the white crystal powder, which is freely soluble in water, but barely soluble in alcohol. The powder doesn’t have any combustible and explosive properties. It is non-toxic and doesn’t irritate the upper airway.

Sodium citrate was firstly used as anticoagulant during the blood transfusion in 1914. Later the additive was used as solution in the food industry.

Due to the specific sour-salty taste of sodium citrate, the additive E331 is used as a seasoning for the improvement of gustatory qualities of the production. Moreover, for this very reason, the additive E331 is called «the acid salt». Besides, the citric acid itself is falsely related to this division.

One more function of sodium citrate is the controlling of the activity level of some dishes (of desserts based on gelatin in particular) and regulation of the acidity level in coffee machines.

It is hard to call the additive E331 the harmful one. Sodium citrate is frequently used as a drug for the treatment of cystitis and stabilization of blood. It facilitates the decrease of the heart­-burn and the lowering of the hangover consequences. The drugs on the basis of sodium citrate can have such side effects as increase in arterial pressure, a decreased appetite, nausea, pain feelings in stomach, vomiting. But the doses of the usage of sodium citrate in food products are lower than in drugs. Besides, currently, there is no any fact that the additive E331 caused harm to the health of one person at least. Reasoning from this fact, it can be concluded that the additive E331 (sodium citrate) is safe for human health within reasonable limits.

Sodium citrates are comprised in the formulation of any carbonated drinks and also of those ones, which have lime or lemon taste. The additive E331 is used in production of marshmallow, soufflé, marmalade, processed cheese, infant food, yoghurts and dried milk. In the production of dairy products, the additive is used for getting sterilized and pasteurized milk or cultured milk products, and also canned milk, during the preparation of which the long-time heating of milk is demanded.

The additive E331 is on the list of those food additives, which are allowed for usage in the food industry in Russia and Ukraine.

Products with the additive «E331» 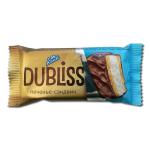 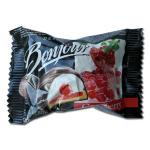 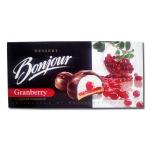 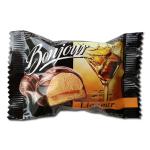